Jobs, environments and variables can be exported from one Matillion ETL instance to be imported to another. One way of accomplishing this export is through the API. A more user-friendly method can be accessed through Project → Import and Project → Export. These menus allow the user to select multiple pieces of their Matillion setup to export to a JSON file that can be later imported to another instance (or indeed to the same instance as a simple, alternative backup method).Note: Job variables are always import/exported with their associated jobs and are separate from environmental variables that are optionally included.

Within the context of a Project, the Export screen allows a user to select Jobs (left panel), Environments (centre panel) and Variables (right panel) to be exported. 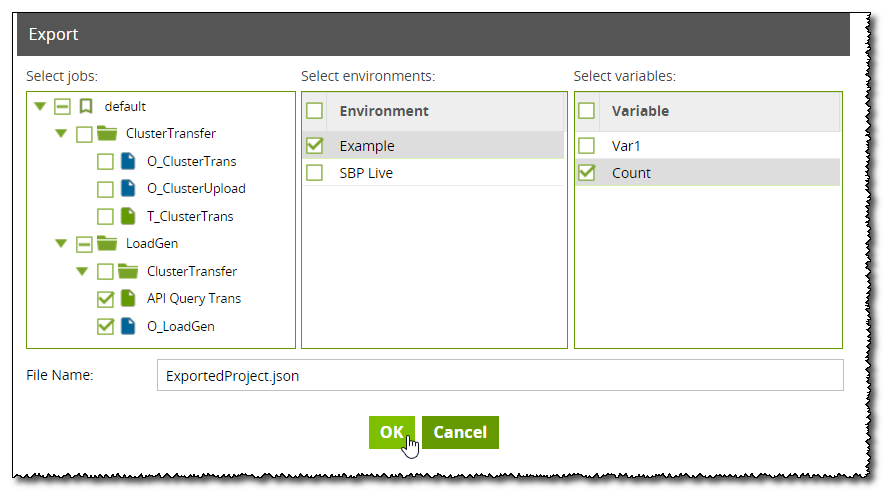 The exported information is saved in JSON format to the machine the browser window is running on. This JSON can then be shared or moved as the user wishes.

Using the exported JSON, Projects, Jobs, Environments and Variables can be imported into a Matillion instance through Project → Import. 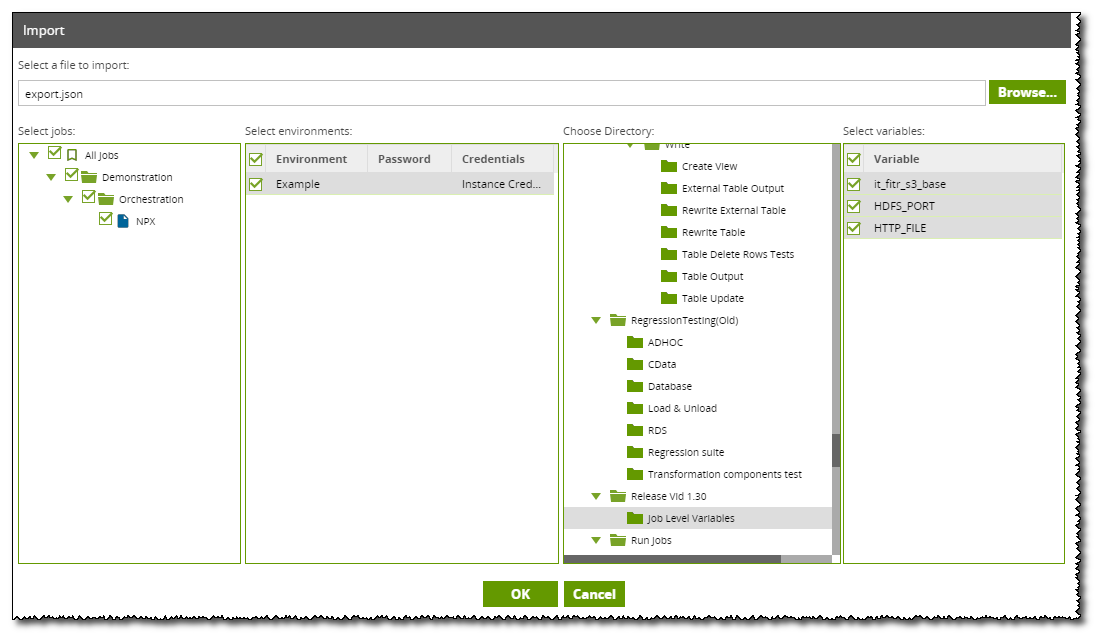 A file can be loaded by clicking 'Browse' and selecting the JSON file previously exported from Matillion. When selected, the Import panels will be populated from any Projects, jobs, Environments and Variables found in the JSON. The user can then select the elements that they wish to import in the directory of their choosing and click 'OK' to confirm.