This tables gives a list of common export variables. Some components will have additional component-specific variables.

To export a value, you must map it to an existing job variable or environment variable. 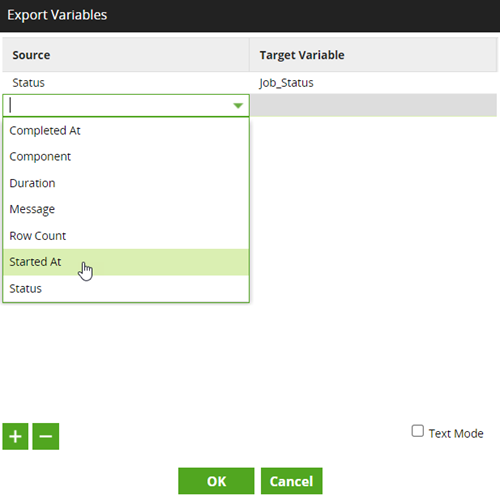 When a job calls a child job with the Run Orchestration component, the values of grid variables can be exported from the child job to the parent job. This is managed from the component's Grid Export tab.

To export a grid variable between jobs:

The grid variable created in the child job must have its Behaviour set to Shared and its Visibility set to Public.

When the job runs and the Run Orchestration component is executed, the current values of the mapped grid columns will be exported to the columns of the grid variable in the parent job, over-writing any current value they may have.