Update a target table with a set of input rows. The rows to update are based on matching keys. It is very important that the keys uniquely identify the rows, and that the keys are not NULL.

Note: Successful validation of this component ensures the target table exists, and the target columns have been found. However, data is only written to the table when the job containing the table update is actually run. Most potential problems are avoided by a successful validation; however, run-time errors can still occur during execution. For example your Cluster may run out of disk space.

A full list of common component exports can be found here.

Depends upon the chosen Update Strategy.

In this example we have a table filled with plane data, some of which is a little outdated. We want to update the outdated fields using a set of new data which is also held in a table. To accomplish this, we will be using the Table Update component that will find matching rows between the old and new data. The old data will then have rows replaced by their new data counterparts. The job used is shown below.

t_plane_info is a Table Input component that pulls in the new plane data, which is then linked to the Table Update component. In the Table Update properties (shown below), the table to be updated (our old data) is selected in the Target Table property. 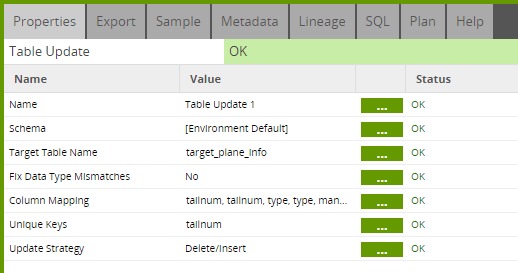 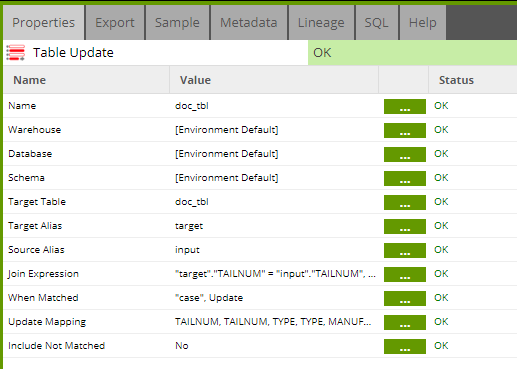 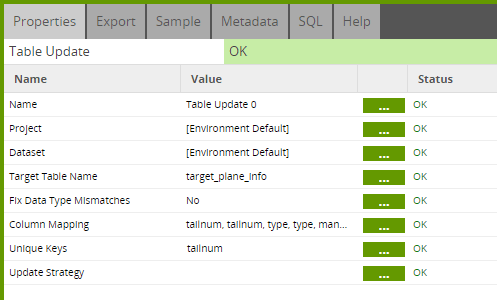 The input columns are mapped to output columns using the Column Mapping property (shown below). Notice that although in this case the names match, that isn't necessary. 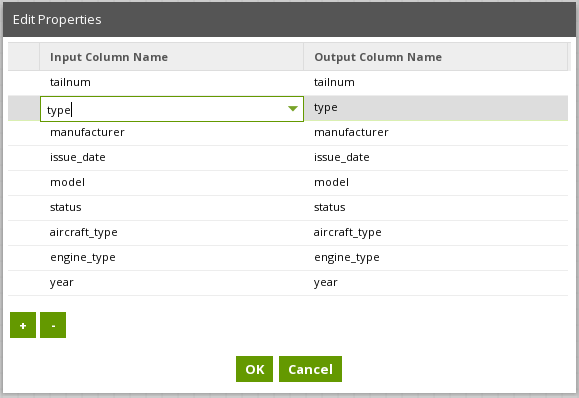 To select unique key(s), drag and drop from the left to the right or use the buttons in the center. The unique keys are fields in each row that should not change and do not require updating, thus will be identical in both the old and new data. These keys, at least together, should be able to uniquely identify each row and so should be chosen wisely. In this example, tailnum uniquely identifies a plane in the data. 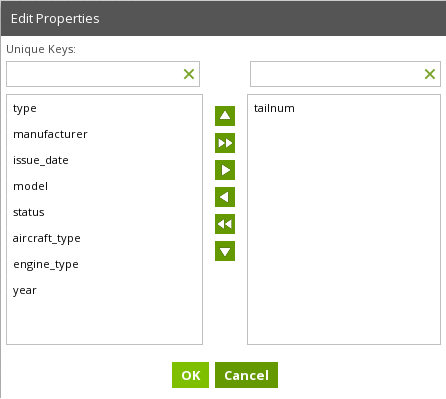 Since Table Update is used on an existing (target) table, we'll need a Join Expression to match up records from the incoming data and the target table. In many cases, it's most appropriate to match a column of unique values that will ensure records are updated with the correct data. To this end, we simply match records based on TAILNUM since this uniquely identifies a record. 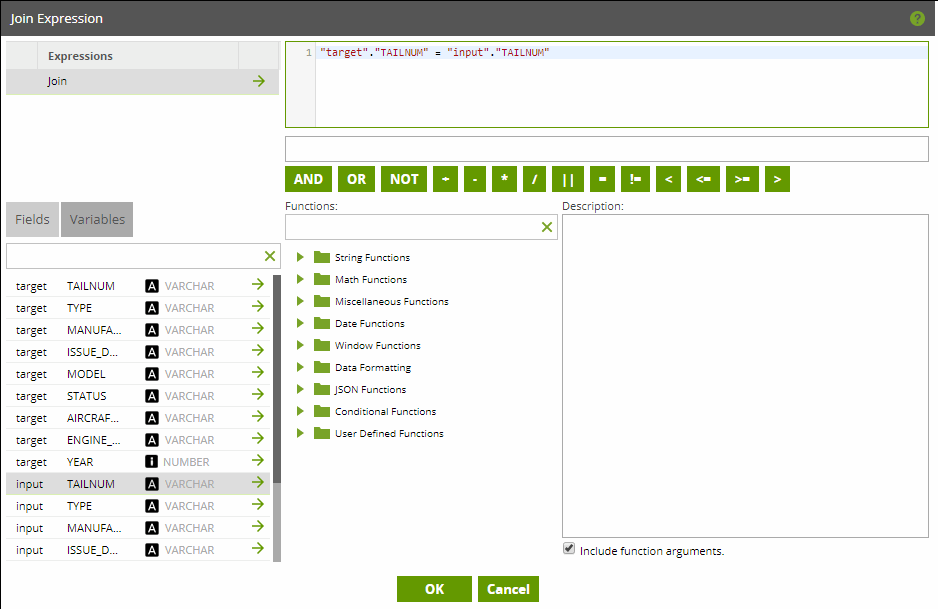 In the "When Matched" property we can add an identical expression and set it to "Update". "When Matched" allows us to tailor the response of the Table Update to either Update or Delete matched records depending the expression entered here. The most common case is to Update a record based on its match criteria and that's what we configure here.

If we're updating records in the "When Matched" property, the new "Update Mapping" property is made available. This allows us to remap input columns into the output table. In this example, we're doing a simple update that overwrites the existing data and so the input columns are mapped directly onto the counterparts in the existing table as shown below: 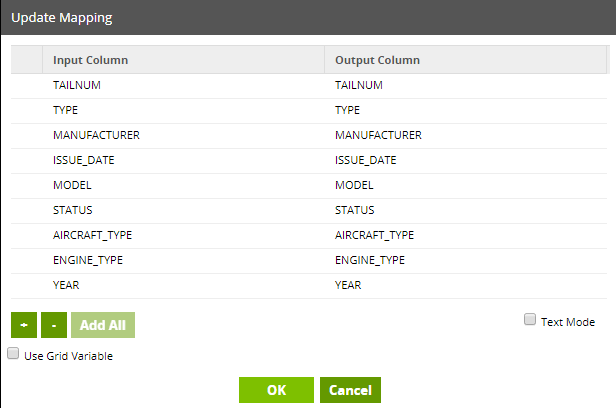 Finally, we choose "No" for "Include Not Matched" since we only care about planes found in our existing data.

Running this job will then update the old data with any new rows while leaving the new data table untouched.