Write your own custom SQL script.

The script may contain multiple SQL statements, however since there is no way to recover the output of the script the statements should not be SELECT. If you wish to write SELECT queries, the SQL Transformation Component allows for custom SELECT statements where the output can be used as part of the transformation flow.

In this example, we use the SQL Script Component to drop a table named 'matillion_example_table'. This requires an orchestration job such as the one shown below.

The SQL Script component has few properties. It can be named anything you like and the SQL itself is entered into the 'SQL Script' property.

Editing the 'SQL Script' property will bring up the SQL code editor illustrated below. A list of available variables is given on the left side and code can be written on the right. Written code can be executed with the 'Run' button as though the SQL Script component had been run. Any output from the code execution is given beneath the code box. To drop our table, we have written the following script.

And shown below in the component. Running either the job or the script (by hitting the 'Run' button seen below) will execute the script and drop the table. 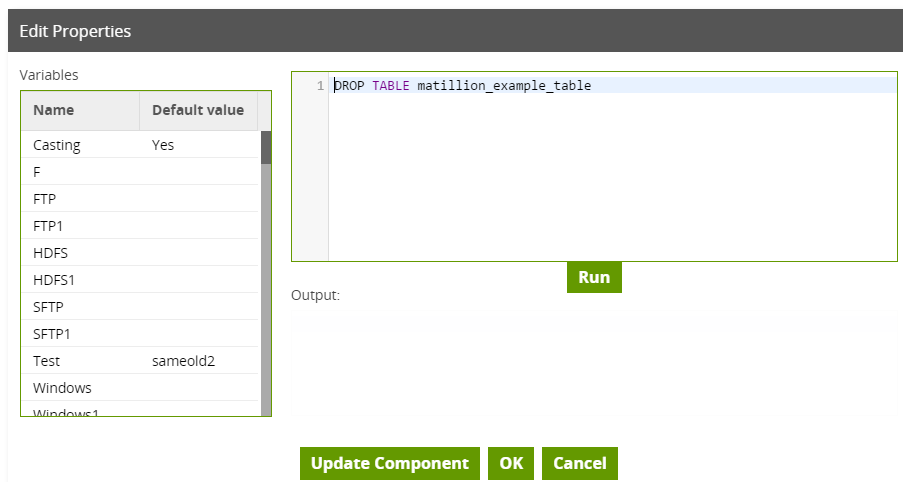